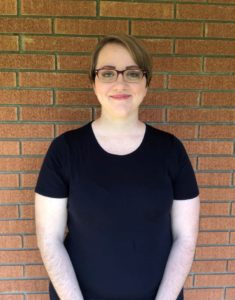 I’ve spent the better part of a month reflecting, ruminating, and occasionally  ranting about what I saw, heard, and experienced as a commissioner to the 224th GA.  Some of it is beautiful, some of it frustrating, some of it blatantly horrifying. You can find a list of the decisions made and reports submitted on several denominational pages, so I won’t use this space to re-hash those details. But, as I’ve reflected, what stands out the most is the seeming disconnect between the denominational leadership and staff – who are clearly committed to the anti-racist work the Spirit is calling us to in this chaotic world – and the rest of our beloved denomination, which is all over the map in terms of the work we’re willing to do and the conversations we’re willing to have. Early this week, I drove more than 500 miles to attend my brother’s wedding and spent long enough in the car to listen all the way through the book, Me And White Supremacy, by Layla F. Saad. The book is set up as a 28-day journey toward deeper anti-racism work, but it’s not focused outward, upward, or across the political aisle – instead, it focuses your energy and attention inward, to dig up, examine, and redirect your own unconscious bias in order to undermine the roots of white supremacy. As I listened, it became clear: while we have (rightfully) asked our denomination to be anti-racist, most of us have not engaged this work on that personal level.

This was incredibly obvious during General Assembly sessions. We elected a Black & Native American co-moderator team (Rev. Gregory Bentley and Elder Elona Street-Stewart) who are both working diligently for the dignity, inclusion, and empowering of communities of color in our denomination and in the world.

Less than a week later, when moderating a conversation on the report from the Committee On Theological Education, one commissioner addressed Rev. Bentley in a blatantly heated and disrespectful manner – and when asked to repeat himself, rather than take a breath and apologize, doubled down and repeated himself with vigor.

Our beloved Stated Clerk, the Rev. Dr. J. Herbert Nelson, has served for four years with energy, intelligence, imagination, and love – and so much more. And yet, when he was unanimously recommended to the assembly by the Stated Clerk nominating committee for a second term, one commissioner asked: “what experience does this candidate have?”

When the Native American Coordinating Council presented their report and recommendation that presbyteries and synods set aside funds to help repair church buildings on Native American lands, one commissioner asked whether those were truly vital congregations – raising a question about whether they ‘deserve’ outside funds.

The only times a commissioner asked about financial implications for a project or recommendation were those that explicitly benefitted people of color.

The assembly decided, at least three times, that we did not have the time or energy to make a statement, edit a statement, or hear the report of the task force formed specifically for this purpose, to recognize the particular plight of Black women and girls in our society.For further examples of the ways this assembly offered harm to Black, Native American, and other communities of color, I invite you to read this statement written and signed by at least sixteen former moderators of the General Assembly: https://medium.com/@breyeschow/a-common-statement-on-racism-advocacy-for-black-women-and-girls-and-the-224th-general-assembly-9dcff36516ea

While we dealt with technology, and time constraints, and my dog was howling in the background of the largest Zoom call I’ve ever participated in, what I learned at General Assembly, more than anything else, is this: trickle-down anti-racism, like trickle-down economics, is a myth – and a dangerous one.

We cannot expect General Assembly, or the Presbytery, our Sessions or even our pastors to do this work for us. Until each and every member decides to engage their own anti-racist journey, we will not achieve the unity, the shalom to which Christ calls us.